Wegagen Bank has today launched a new brand proposition for its flagship Wegagen brand, which is supported by a range of new marketing initiatives and innovations.

This is being rolled out, at the same time, across its service outlets and will be visible from signage through point-of-sale and other marketing communications.

Wegagen Bank is one of the key players that ensure that the wheels of trade and commerce keep turning. As a responsible private bank, Wegagen has maintained a fine balance between its commitment to nation-building and its commercial interests – fulfilling both with great distinction. The Bank has taken several strategic initiatives to emerge as a leader in the banking space in Ethiopia, deploying the most modern technology and pursuing global best practices to give its customers a world-class banking.

The corporate logo shown at right is the foundation of Wegagen’s graphic identity system. This distinctive symbol, designed to be easily recognized and remembered internationally, consists of two elements

In a bid to show that we are proud of our Ethiopian heritage, we grabbed the unique opportunity of structural similarity of the initial letter of Wegagen in both the Ethiopic and Roman characters, to form our logo.


The circular character represents the sun and the arc of aspiration that rises in the mark represents the bounty, triumph, expansion and success of our bank.

Ways to Bank The point of using psum is that it has a more less normal distribution of letters as opposed to using ontent here content making it look like readable. 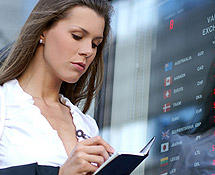 Our Brand Essence The Horizon

Kebour Card is your passage to a world of privileges.

We Establish long-lasting relationships with our client to support them every step of the way.

Our solution-driven approach helps us to establish long-lasting relationships with our clients to support them in every step of the way. By being responsive, listening to their needs and aspirations, we can create innovative products and services to make their lives easier.

Our two decades of experience enables us to approach new ideas with acquired wisdom. We act fairly, ethically and openly in all we do. We are solution driven.

We are determined and motivated to find ways to better serve our customers. Color is one of the most memorable and powerful elements of brand defining its recognition. Nothing expresses a company’s spirit within their marketing and communication materials better than color. Wegagen’s Corporate Color is Orange. The illumination of the rising sun – a natural phenomenon is well captured by the name Wegagen, in Amharic meaning the morning glow indicating the time that the sun is rising from the shadows, which symbolizes the beginning of a new day full of aspiration and hope. Orange is the natural color of Wegagen. Symbolically, Orange stands for prestige, wisdom, illumination, wealth and quality.

Hence, Orange proudly reflects the values Wegagen cherishes and stands for in all its endeavors to meet customers’ needs.
The Wegagen visual identity uses a primary palette of colors that reflect the richness of our company experiences and passion for excellence. Our colors are derived from the powerful morning glow of rising sun colors which are warm, vibrant and flamboyant. Orange is a color of fun, risk taking adventure which inspires and creates enthusiasm.


To be one of the ten most reputable and competent Banks in Africa by the year 2025.
Corresponding to this grand vision we are pursuing to excel with our esteemed customers.

The new positioning of the Wegagen Bank brand celebrates Wegagen’s heritage and values, while connecting with today’s active, adventurous generation of users of financial services. The proposition encourages consumers ‘to step up and do the right thing’, rewarding themselves with Wegagen services and with our brand promise of ‘Excelling Together ’.

Our Brand expressing the soul of our brand

Color is one of the most memorable and powerful elements of brand defining its recognition. Nothing expresses a company’s spirit within their marketing and communication materials better than color. Wegagen’s Corporate Color is orange. This natural phenomenon is well captured by the name Wegagen, in Amharic meaning the morning glow indicating the time that the sun is rising from the shadows. Orange is the natural color of Wegagen. Symbolically, Orange stands for prestige, wisdom, illumination, wealth and quality.

Wegagen Bank SC was established in 1997 and started operation on 11th of June the same year. It came to life as a result of the entrepreneurial wit of sixteen founding members who recognized the critical role that financial institutions would play toward creating a sustained economic development and was able to put in an initial paid up capital of Birr 30 Million.

Established under the banking prmation of Licensing and Supervision, Proc- lamation No. 84/1994, the Bank was registered with the National Bank of Ethio- pia on April 30, 1997. The Memorandum and Articles of Association of the Bank were signed on April 15th, 1997 and registered with the Addis Ababa Bureau of Trade, Industry and Tourism on April 15, 1997, Registration Number 1/34/4/89.

The Bank, as it started back then, operated through its Head Office located in Gofa Sefer, Addis Ababa before it moved to its current Headquarters on the Dembel City Center across the Africa Avenue. Today it has completed the construction of the 23 stories high rise Headquarters building adorning the skyline of Addis. This magnificent edifice will deservedly symbolize the progress and aspiration of the Bank.

Product and service innovation has enabled Wegagen Bank to exceed customer expectations. It was, for instance, the first bank to adapt Wide Area Networking technology to provide convenience to its customers. Today, of course, the bank offers a wide range of value adding products to its business, corporate and individual customers. To enhance the overall banking experience of its esteemed customers and as part of its ongoing modernization project a new set of exquisite banking services, protocols and new products are being developed and rolled out across all branches. To cater to the needs & expectations of its high worth clients the Bank will also set up Premium Lounges at selected branches and locations.

In line with its rich heritage of continuous development, Wegagen is always looking to improve the quality of its services. Success is a moving target and Wegagen is ever on its toes to stay ahead of the curve. It is currently implementing an IT- enabled business strategy that will put in place a series of initiatives geared towards creating excellent banking experience.
The multifaceted e orts to modernize Wegagen are taking shape in various areas, from introduction of premium services to revising processes and branch layouts to meet its promise of convenient banking. Moreover, it has embarked on introducing a series of new products and services centered on creating value to customers

With its innovative business strategies and prompt responses to customer demand, Wegagen became the modern bank attracting a massive base of customers.

the finer things in life ...

“ Wegagen is a fantastic brand, and the brand has even more potential than realized. Now, it is time to add a new essence to our brand to take it to the next level."

As Araya G/Egizabher, President of the bank, comments

For more information contact our Marketing &
Corporate Communications team at:

To effectively communicate the new Wegagen Brand Identity, a set of creative communication materials has been produced, ranging from television advertising, print and digital media to point-of-sales materials and will be visible from today. The Wegagen brand has its own new, proprietary modern musical score which will also be used across all applications and channels.


Once this roll out is complete, all packaging and associated marketing communications will consistently reflect the brands new positioning and provide us with distinctive and appealing look and feel across all our marketing touch points.